Santa Claus visited the Township of Elizabethtown-Kitley on December 4th and 5th as part of the Township’s second Santa Food Drive.  The drive entails Santa and his helpers visiting various hamlets to collect donations from the end of driveways along his route and from multiple drop off locations throughout the municipality.  Letters, wish lists, and drawings were also collected on the weekend.

Santa and his helpers also attended Lyn Public School and Meadowview Public School to collect items from their own food drive and to safely visit students, in addition to gathering donations received by members of the Brockville Country Club.  Further recognition is given to the Elizabethtown-Kitley Fire Department, Leeds County OPP, Spring Valley Library, Kylecrest Farms, Green Things Garden Centre, and Smiths Farm Equipment for their assistance towards this great initiative.

The generosity and support from the community has resulted in over $1380 in cash contributions and five truck beds worth of donations.  The contributions were sorted and distributed among food banks located in Athens, Brockville and Smiths Falls to assist families in need this holiday season.  The 2020 Santa Food Drive resulted in $470 in cash donations and seven truck beds worth of donations. 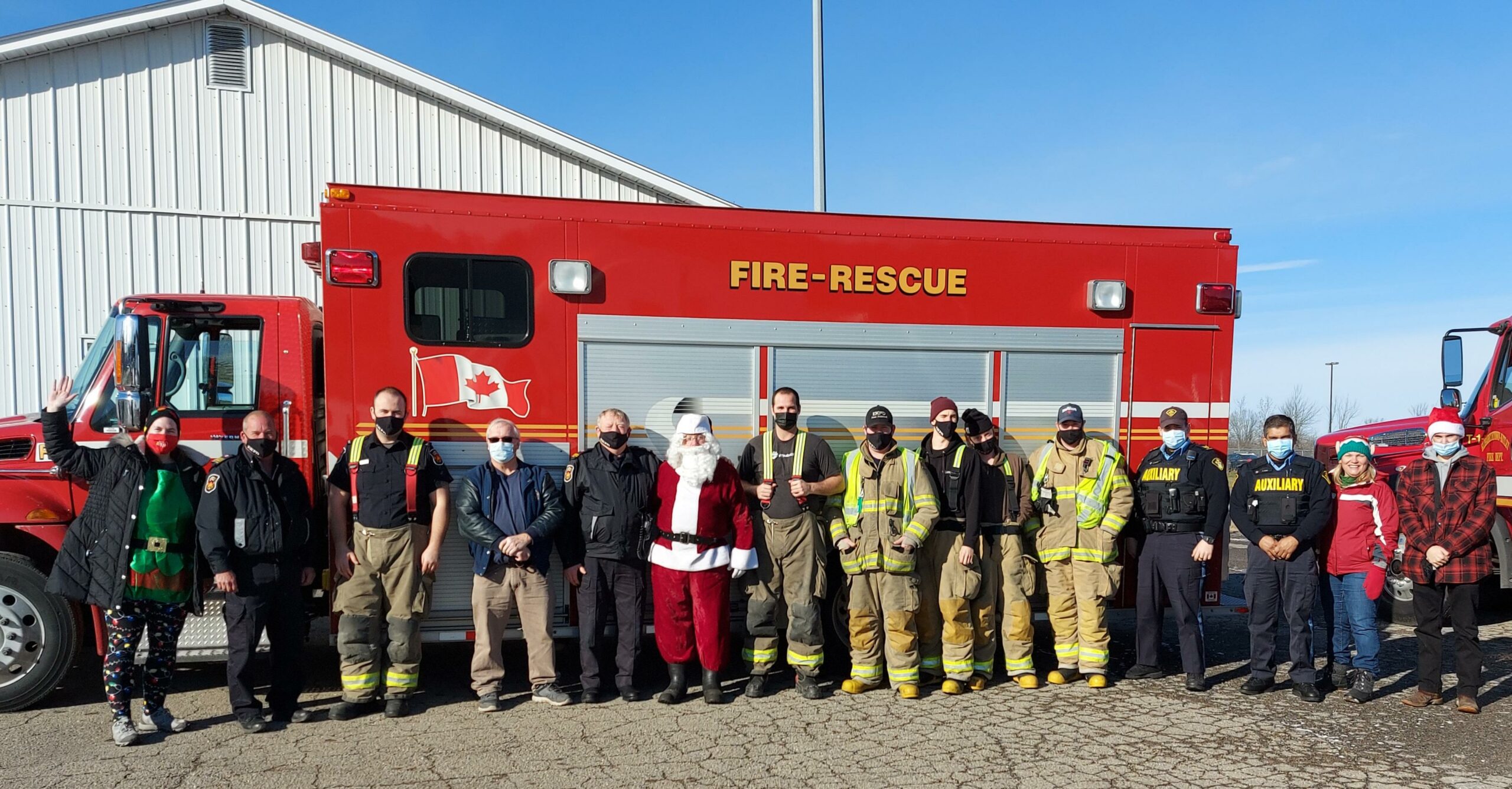