Prevention is the first and best line of defense against fire. Below you will find a collection of Fire Safety Tips that are designed to help provide you with the means to protect your home and your family.

In an emergency call 9-1-1. You will need to know your civic/municipal address = street name and property number (ex. 1457 Kilkenny Road or 45 Victoria Street). Is your civic number sign visible from both directions of travel? Is your sign hidden by vegetation/snow/decorations? Ensuring emergency personnel can find your house quickly may save a life!

No matter where you are, or what type of building you are in, if a fire occurs it’s too late to start developing an escape plan. People need to know how to respond immediately in a variety of situations, and that takes education, planning and practice. An adequate escape plan for a single family home includes:

For many young people, attending post secondary school marks the first time they will be living away from home.  Please consider your safety by reading Basic Fire Safety Tips for Student Accommodations (opens as a PDF).

Fire Prevention Week takes place the second week of October. The Elizabethtown-Kitley Fire Department meets with students in elementary schools throughout the area in order to provide instruction on issues such as fire prevention, fire drills and general fire safety. The Department also participates in public safety displays throughout the year.

Carbon Monoxide (CO2) is a real risk within the home as it emits no odour, colour or taste to warn people of its presence. Installing a CO2 Alarm is a great measure to protect yourself and others. CO2 Alarms should be viewed the same way as a smoke detector by undergoing frequent testing to ensure it remains in working order.
Learn more about its common sources and symptoms by clicking to view the infographic here.

Change your clocks; Change your batteries.
If, despite observing fire safety rules and practices the unthinkable happens and a fire occurs, a working smoke alarm will greatly increase your chances of survival.  Install a new battery at least once a year and if the low battery warning beeps, replace the battery immediately. 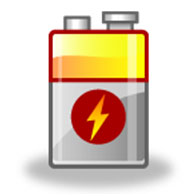 Smoke alarms electrically connected to your home’s AC power supply will not work when the power is out unless they have battery back-ups. Find out what type of alarms you have in your home and ensure you are protected by battery operated smoke alarms in the event of a power failure. Test all smoke alarms now.

The best prevention is preparedness. Here is some helpful information regarding Fire Extinguishers, including maintenance and usage. Used properly, a portable fire extinguisher can save lives and property by putting out a small fire or containing it until the fire department arrives. Always be sure the fire department inspects the fire site, even if you think you’ve extinguished the fire.

Many household fire extinguishers are “multipurpose” A-B-C models, labeled for use on all three classes of fire. If you are ever faced with a Class A fire and don’t have an extinguisher with an “A” symbol, don’t hesitate to use one with the “B-C” symbol.

Keep your back to an exit and stand six to eight feet away from the fire. Follow the four-step PASS procedure. If the fire does not begin to go out immediately, leave the area at once.

Barn fires can be tragic events for farmers, and the loss of livestock, buildings and equipment can be devastating in many ways. Approximately 40 per cent of all barn fires are caused by faulty electrical systems, which is one of the leading causes of barn fires. Regular inspections and maintenance are key to reducing the risk of a barn fire.

For more information about steps you can take to lessen the risk of a barn fire, please visit OMAFRA’s website here.

Every year wildfires destroy homes and threaten communities, often with little to no warning. Circumstances such as dry conditions, lightning, or an improperly discarded cigarette can all create a fire which can quickly spread. Click to read “Protecting your Property from Wildfire/Forest Fires” for tips on what steps you can do to better protect your property.

Office of the Fire Marshal of Ontario: http://www.ofm.gov.on.ca/english/FireMarshal/OFM_main.html