Things to Do In Elizabethtown-Kitley

Home > Visit > Things to Do In Elizabethtown-Kitley

Visiting the area? Be sure to take a moment to familiarize yourself with the many activities available in and around our area.

This area boasts a variety of theatre experiences. Visit each of the sites to see what productions are in town!

There are many more theatre opportunities in our area! Visit the Yellow Pages online to search for theatres. Try searching using keywords such as “Kingston”, “Brockville”, “Gananoque”, “Ottawa” in the location field.The online Yellow Pages: www.yellowpages.ca

To learn more about the Township’s library, including lending policies, locations and hours of operation, visit https://ektwp.ca/living/public-library/.

Natives once sheltered under rock overhangs on the shores of this cold water lake north of the St. Lawrence River. Then wealthy Victorian cottagers summered here. The rugged look of the north blended with the south still draws hikers and canoeists to these scenic shores and winding trails. Visit: www.ontarioparks.com/park/charlestonlake

Situated on a southern arm of the Canadian Shield north of Kingston, this semi-wilderness park features granite outcrops, vast wetlands and mixed forests, plants and wildlife. Trails wind through rugged terrain to Moulton Gorge, the Arkon Lake Bog, the Black Lake homestead and the Crab Lake mines. From Otter Lake, hikers and canoeists head into the interior for glimpses of osprey and kingfisher, deer and black bear, coyote and fox, and abundant beaver. Wilderness skills courses are offered in summer and winter. Visit: www.ontarioparks.com/park/frontenac

Located on the historic Rideau Waterway, this park near Perth offers tours of a restored mica mine and trails – groomed in winter for cross-country skiing – to sawmill ruins and pioneer homesteads. At Big Rideau Lake, pitch your tent at a boat-in campsite and enjoy boating, canoeing and exceptional fishing. Visit: www.ontarioparks.com/park/murphyspoint

With shoreline on Black and Sharbot lakes, this park edging Highway 7 promises first-class, warm- and cold-water fishing. Nature trails along a ridge between the lakes loop through stands of maple, oak and birch and lead to lookouts. Black Lake has two sandy beaches. Visit: www.ontarioparks.com/park/sharbotlake

Silver Lake near Perth is a long, narrow trough of water carved out by glaciers. While its long sandy beach is the big attraction, a marsh at the eastern end of the lake is another. A boardwalk crosses the marsh through the noisy, colourful habitat of painted turtles and bullfrogs, red-winged black birds and mallards. Visit: www.ontarioparks.com/park/silverlake

These campgrounds and recreation areas are managed by the St. Lawrence Parks Commission. To learn more, visit the following website and follow the links to the individual campgrounds: www.stlawrenceparks.com

St. Lawrence Park (Brockville)For those travellers to Brockville who enjoy camping, one of the City’s most attractive waterfront park areas is St. Lawrence Park located on the western outskirts of town on County Road #2. The park includes camping facilities which operate from May 19 to September 4 (2017) offering fully serviced and non-serviced sites. Visit: brockville.com/camping

The Frontenac Arch Biosphere Reserve extends roughly 2700 square kilometers in the south eastern portion of the Canadian Province of Ontario. We accomplish our work by networking natural and historic conservation organizations, economic and social development groups, as well as the educational and scientific communities located within the Frontenac Arch region. Locally, we are known as the Biosphere Network. Collectively, the Biosphere Network helps guide the community towards a more integrated and effective approach to living on earth. Visit: www.frontenacarchbiosphere.ca

The Rideau Valley Conservation Authority is an environmental protection and advisory agency that works with local municipalities, government agencies, special interest groups and the general public. The RVCA strives to protect watershed resources. Our goal is to have clean water, natural shorelines and sustainable land use throughout the Rideau Valley watershed. Visit the RVCA at: www.rvca.ca

Take a walk on the wild side at the Upper Canada Migratory Bird Sanctuary, and explore over 8 km of hiking trails, 5 km of cross-country ski trails, canoeing, camping, outdoor learning programs and special events throughout the year. Come visit our Interpretive Centre featuring interesting displays and shop in our store which offers a selection of fine nature related gift items. To learn more, visit: www.stlawrenceparks.com/bird-sanctuary

The Rideau Canal is a chain of beautiful lakes, rivers and canals winding 202 km from Kingston, at the head of Lake Ontario, to Ottawa, Canada’s capital city. One of Canada’s historic canals, the Rideau is maintained and operated by Parks Canada to preserve and present the canal’s natural and historic features, as well as to provide a navigable channel for boaters. To learn more: www.pc.gc.ca/en/lhn-nhs/on/rideau

Battle of the Windmill National Historic Site of Canada

During a four-day period in November, 1838 British troops and local militia defeated an invasion force of 300 American ” Hunters ” and Canadian rebels. The Battle of the Windmill victory prevented the invasion force from capturing Fort Wellington, Ontario, and cutting the St. Lawrence communications link, which would have left Upper Canada open to invasion. To learn more: www.pc.gc.ca/en/lhn-nhs/on/windmill

Laurier House commemorates two of Canada’s most notable prime ministers, Sir Wilfrid Laurier and the Rt. Hon. William Lyon Mackenzie King. For over fifty years, from 1897 to 1948, the house occupied a central position in the political life of Canada, as the place of residence of Laurier and, after his death, of Mackenzie King. King bequeathed the house to the “Government and people of Canada” in the belief that future generations would be interested in the place where they lived, where they entertained dignitaries and politicians, and where they often conducted the business of the country. To learn more: www.pc.gc.ca/en/lhn-nhs/on/laurier

Fort Wellington was built during the War of 1812 to defend the St. Lawrence River shipping route between Montreal and Kingston from possible attack by the United States. It was called into service again in 1838 when invasion from the United States was once more imminent. The fort continued to be used for military purposes, with occasional periods of abandonment, until it was transferred to the Department of the Interior in 1923 to be opened to the public as an historic site. To learn more: www.pc.gc.ca/en/lhn-nhs/on/wellington

This site, just east of Cornwall, Ontario is an outstanding example of early 19th century Regency cottage domestic architecture in Canada. Inverarden House was built in 1816 for John McDonald, a prosperous fur trader, following his retirement from the North West Company. To learn more: www.pc.gc.ca/en/lhn-nhs/on/inverarden

Built in Williamstown, Ontario between 1784 and 1792 as part of a mill site, Sir John Johnson House is significant for its architectural design and for being one of the oldest surviving buildings in Ontario. Also important is its historical connection to Sir John Johnson, who encouraged United Empire Loyalist to settle in the St. Lawrence River Valley after the American Revolution. To learn more: www.pc.gc.ca/en/lhn-nhs/on/johnjohnson

Sentries guard the entrance to this 19th century British military fortress, only to let you in if you are ready to enter British garrison life during the year of Canada’s confederation. To learn more: www.pc.gc.ca/en/lhn-nhs/on/kingston/Fort-Henry

Escape to another time and place, amidst the sights and sounds of an 1860s village. You’ll meet loads of friendly folk from the past as you visit over 40 heritage buildings including mills, trades shops, farms, churches, homes, factories and even a one-room schoolhouse. Enjoy horse-drawn wagon and boat rides, shopping, food and family fun. To learn more: www.uppercanadavillage.com

Visit Athens Township to view the many murals that adorn various buildings throughout the village of Athens. 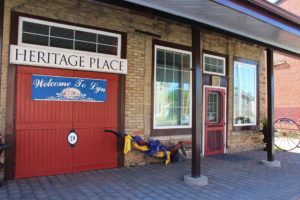 Sip tea on the sweeping veranda of this magnificent Edwardian mansion overlooking the mighty St. Lawrence River. Experience the baronial feel of the Honduras mahogany ceilings and panelled walls in the dining room, library and grand hall. Marvel at the original tapestries, paintings and furnishings that made Fulford Place an ideal residence in which to entertain royalty and prime ministers. To learn more: www.heritagetrust.on.ca/en/index.php/properties/fulford-place

Homewood was constructed in the late Georgian style, the simplicity of some of its details, especially the shutters and metalwork, show a French-Canadian influence. Located just outside the village of Maitland, near Brockville, Homewood became the home for six generations of the Jones family. To learn more: www.heritagetrust.on.ca/en/index.php/properties/homewood-museum

Whether you are looking for golf, swimming, hiking, camping, baseball, soccer, hockey, boating or marinas, this area has what you need.

Located in the heart of the beautiful 1000 Islands region Smugglers Glen Golf Course is situated between Kingston and Brockville, near Gananoque, Ontario, Canada. Visit: www.smugglersglen.com

Situated moments from Brockville, Sunnidell Golf is an 18 hole executive par 3 course which will provide challenges and surprises for both seasoned and beginning golfers. Sunnidell offers a beautiful and secluded country setting. The course was designed by it’s founder, Earl MacDougall. His plan was to create a course which players of all skill levels would be able to enjoy. Expert golfers will have their precision tested by the small greens and newcomers will feel comfortable getting started. Visit: www.sunnidell.com

Located in one of Canada’s most picturesque settings, Upper Canada Golf Course was designed by noted golf course architect Robbie Robinson in the early 1960s.This 6,922 yard, 18 hole public course challenges both beginners and skilled golfers alike. It winds through evergreen and deciduous trees, sometimes alongside waterways, and offers glimpses of natural beauty and wildlife like no other course. An improved drainage system means the course is open earlier and greens and fairways are in excellent condition.

Visit the federal/provincial/municipal parks section found earlier on this page for locations in this area to enjoy these activities.

Looking for a particular type of sporting organization? Hockey, soccer, baseball, swimming, martial arts, and dance all take place in and around Elizabethtown-Kitley. To find the organization you are looking for, you might try the online yellow pages at www.yellowpages.ca. Try using keywords such as “Kingston”, “Brockville”, “Gananoque”, or “Ottawa” in the location field. Township owned ball diamonds and soccer fields can be found.The activity you are looking for may only be five minutes away!

The Brockville Yacht Club is located on the St. Lawrence River in Brockville Ontario at the gateway to the Thousand Islands. With a harbour accommodating over 130 boats, the Yacht Club is a major hub of boating traffic and enjoys an active membership consisting of sailors, power boaters and boating enthusiasts. To learn more visit: www.brockvilleyachtclub.com

When you arrive at Crysler Park Marina on the St. Lawrence River, your adventure is just beginning whether you dock by the season, week or day. As you step off your boat, the Parks of the St. Lawrence await you and your family with fun and attractions for all. For more information visit: www.cryslerparkmarina.com

This modern facility offers quality dockage and features 365 deep water mooring sites. Clean washrooms and showers are available as well as a laundry room and pump-out station! Within the harbour there is a boat ramp capable of launching boats up to 40 feet in length!

Adjacent to the Marina are the short-term transient docks. These mooring sites are available FREE of charge to boaters who wish to visit, shop or replenish their supplies. There is a three hour maximum stay at these docks. Although the area is called The 1000 Islands, there are over 1800 islands that are easily accessible. Visit: https://www.gananoque.ca/community-services/parks-and-recreation/municipal-marina

Tunnel Bay Marina is located in beautiful downtown Brockville, Ontario. The Brockville Arts Center, restaurants, shopping and other attractions are all nearby. Our services are ready to help you enjoy the finest of boating experiences in the beautiful Thousand Islands. Phone: 613-345-1588 for more information. 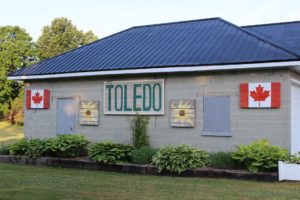 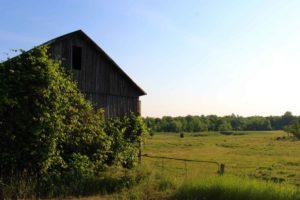 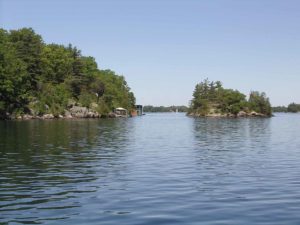 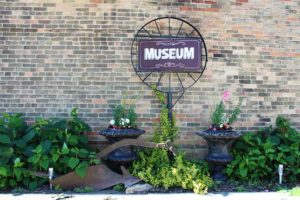 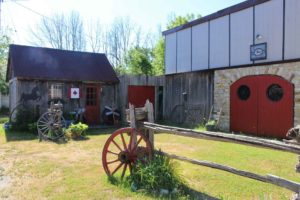 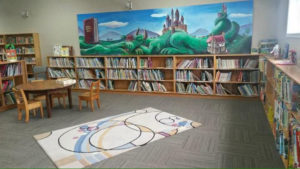 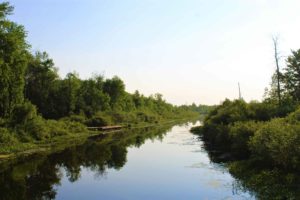 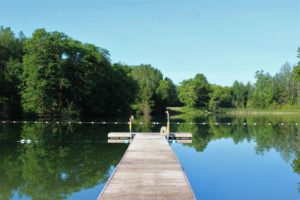 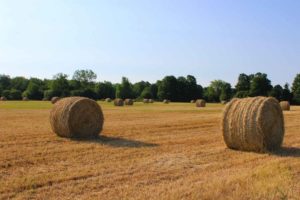 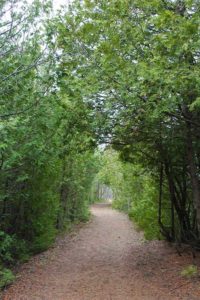